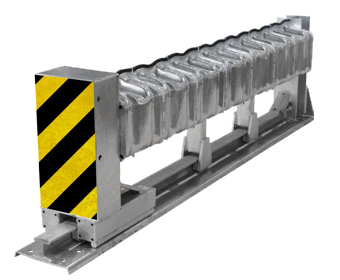 The T1 End Terminal is tested at 50 km/h according to the European normative EN 1317-7 and it is a perfect device to protect the side and median barriers on different roads.

The device is totally made of steel and it presents the following advantages:

The structure of SMA T1 is made of a collapsible beam with controlled deformation, brewed by Industry A.M.S., which permits the correct absorbing of the impact without invading the carriageway.